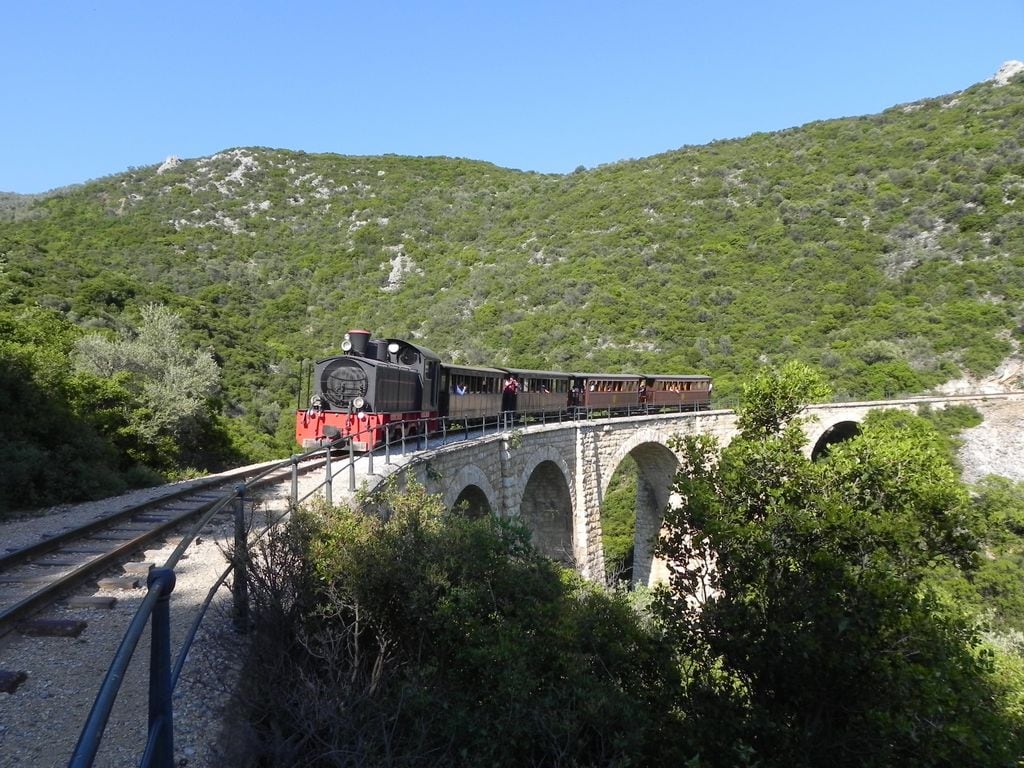 Uncover the history and myths of Pelion with a magical journey, onboard the historic Pelion train. Traveling on one of the tightest tracks in the world (60 centimeters), the renowned “Moutzouris, started its journey at Ano Lechonia, and crossing through green slopes with dense trees and bushes, it terminated at Millies.

The train stops for just 15 minutes in Ano Gatzea, and then continues to whistle and blow upwards, for about 15 km more. The journey takes about 90 minutes. Before terminating at the historic village of Milies, the route affords magnificent views. Nature and architecture harmoniously blend with old but elaborate structures of carved marble and gray limestone that shaped arched bridges, arches, and tunnels openings. A unique sight is the five-arched stone bridge known as “Kalorema”, in Malaki area.

Approaching Milies the landscape acquires a wild beauty, especially over the large metal bridge of Taxiarchi or De Chirico, named after its creator and father of the great painter. At this point, the train will roll in a curve line, while the bridge is straight.

Milies is the terminal Station. Follow the cobblestone path leading to the center of the village. Traditional guesthouses, taverns, the church of the Archangels (built before 1741), the folklore museum and library (one of the oldest in Greece), are amongst the sights. The most scenic railway line in Greece returns to Ano Lechonia in the afternoon.